Cougars U14 thrill in the Herts County Cup Final

With the game only seconds gone, Louie Debnam latched onto a Jack Caine through ball and lobed the keeper from 30 yards. The goal was timed at a County Cup record of 14 seconds (unbelievable). That set the tone for the first half and Welwyn Pegasus could of equalised but for some poor finishing. With 20 mins gone Connor Bridge won the ball in the edge of his own box, beat 2 Players and slid in Louie Debs to run 40 yards round the keeper and make it 2 nil.

The game was evenly balanced up til half time, with a fair score, could have been 4-2 to Cougars. I take my hat off to Welwyn, they came out in the second half and had a real go. They scored with 20 minutes remaining and put us under a lot of pressure, but we still had chances to make sure we did hang on for a remarkable victory and make Cougars history!

As a coach I would like to thank Dunan and Allan my assistants, all the mum’s and dad’s, but most of all it is an honour to be able to work with such a talented bunch of boys.

I was asked for a man of the match, all 17 boys sprang to mind! Whenever I talk to anyone about the game I still get goose bumps, due to the day being so special!!! 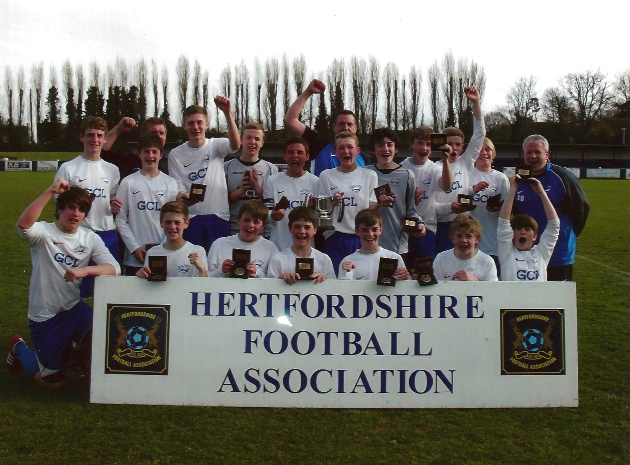